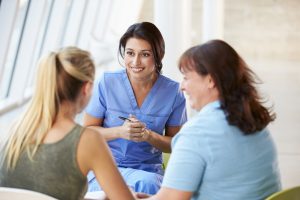 Performance alone seldom gets you the number of referrals you deserve. The reality is that even when accounts are performing well, clients may still not refer to you. The real key may be simply listening just a little bit more to your clients.

In the book, Blink, by Malcolm Gladwell, a study is referenced that was done to find out why some medical surgeons never get sued.

END_OF_DOCUMENT_TOKEN_TO_BE_REPLACED

How important is listening? In his best-selling book, Blink, Malcolm Gladwell shares the results of an amazing study conducted by a medical researcher to determine the likelihood of doctors being sued by their patients.