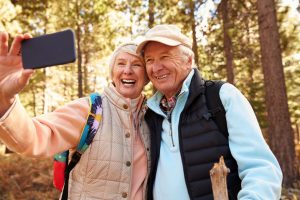 Consider this: Individuals who have great wealth, are inheriting great wealth, and are the future of a financial advisor’s client base don’t actually want to retire. A recent survey from Merrill Edge reveals that 79% of GenXers (1965-1980) don’t think they will retire in the traditional sense and 83% of Millennials (1981-1997) feel they will NEVER retire.

From a marketing perspective, this puts the entire industry at a great disadvantage. From “What’s Your Number” and “The Retirement Red Zone” to other marketing campaigns, the industry has defined itself by its ability to ready people for retirement. Could this now be “old school” and irrelevant?

If retirement isn’t the hot topic moving forward then what do people really want? Studies have shown that they want longevity, health, happiness, lifestyle freedom, and to take care of their family. None of these things are “retirement.”

To remain relevant and focused on what people want, it may be time to adjust the messaging around the end-goal – retirement. Perhaps consider something new like becoming a “Longevity Planner” or “Smart Money Specialist” helping clients plan for their meaningful life, wealth and legacy (without the connotation of someday being able to sit in front of the TV and watch old game shows or play bingo all day long).

Yes, people in the Baby Boomer (1946-1964) and Silent (1928-1945) generations are all over 50 and are still retiring. And yes, this is where money is in motion right now. However, in order to build a business that will last more than 7-10 years (when a majority of the individuals in these generations will officially be retired), a new value proposition may be necessary.

Millennials make up the largest generation, and there are significantly more Millennials (76 million) and GenXers (66 million) in the United States than Baby Boomers (75 million). There also is great wealth in the GenX and Millennial generations. In fact, one in four with more than $1 million in investable assets are Millennials. Also, Millennials also have the highest percentage of billionaires amongst the generations.*

As everything seems to be changing in the financial industry, consider making a proactive change for the future. If the next generations don’t want to retire, they may develop an opinion that financial advisors are not for them. In fact, they may already be thinking this.

How are you communicating your compelling value?