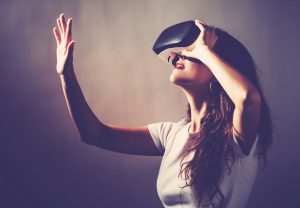 Perception can become reality. Thus, there is something very powerful about psychological placebos that we may want to take into account personally and professionally.

If I tell you that you look great in that suit – do you actually look better than you did before? The stories we hear about ourselves, tell ourselves, and the stories others tell about us (whether true or not) can have remarkable results.  Physically and mentally we change based on what we believe to be true.

An article in Harvard Business Review, “Just Thinking You Slept Poorly Can Hurt Your Performance” shares the results of a study on the quality of sleeping. However, it wasn’t an actual sleep study. The subjects in the study had a brain scan done. Some of the subjects were randomly told that they got a below-average percentage of REM sleep the night before (supposedly determined by measuring brain waves). These randomly selected subjects subsequently significantly underperformed on an auditory math test. But, the researchers didn’t actually know which subjects got a poor night’s sleep because you can’t actually measure REM by looking at brainwaves. They just said they did. The effects were dramatic because of what the subjects believed.

Another study found that subjects who drank milkshakes who were told that they consumed 620 calories (rather than 140) actually produced more gut peptides (regulating appetite) in the stomach than those not told this fact about the calories. The stomach acid actually changed, however most people don’t know that they even have gut peptides. It’s based on what we believe.

My son plays hockey better when he wears a certain shirt under his jersey. It is not physical, but in his mind he needs it – thus it becomes true.

Psychological placebos are powerful marketing tools for a service-based business, like a financial advisor. The stories we tell ourselves about our business, about our own personal lives, and the stories that others tell about us can become reality. What are your stories? Because what we believe just may turn out to be true.

One response on “Can A Placebo Actually Improve Sales?”